The Map is one of the most useful features in e-sim. The Map can be found under the "Country" Category.

As one can easily notice, the map doesnt not just show the geographical areas controlles by the countries but much more that will be analysed in greater detail below

In the game, every country has 6 regions. (or else known as "cores")

-The Capital of the Country

Opening the map one can see the following Categories:

-Political (Shows the regions that every country owns)

-Demographics (Shows the population in every region)

-Companies (Shows the number of companies in each region)

-Battles (Shows with a red colour which regions are under attack. The player can also be transferred to the battle by pressing "Join Battle" immediately from the map page) 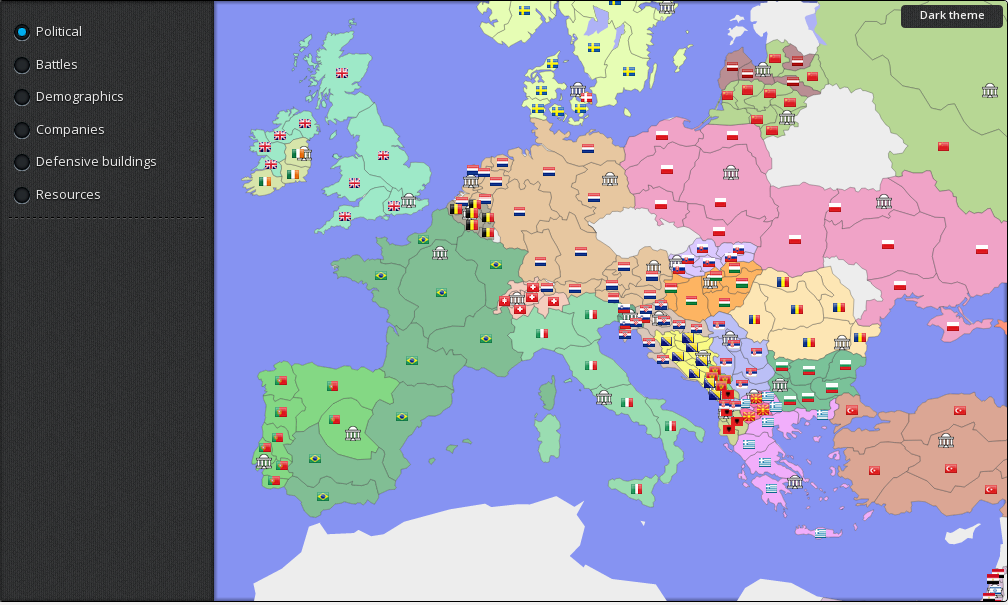 Retrieved from "https://esim.fandom.com/wiki/Map?oldid=7874"
Community content is available under CC-BY-SA unless otherwise noted.