If two countries are allies, then their citizens can fight in battles of their allies from their home country.

The MPP lasts 30 days, and after this time it is automatically disabled. 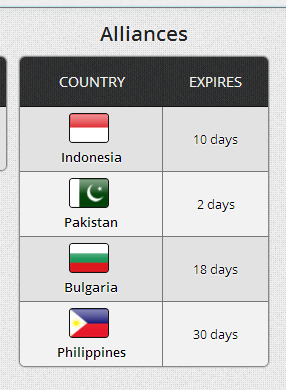 Signing an alliance with another country consists the following steps: 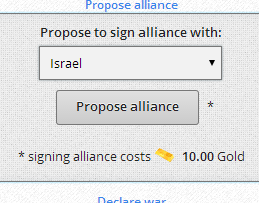 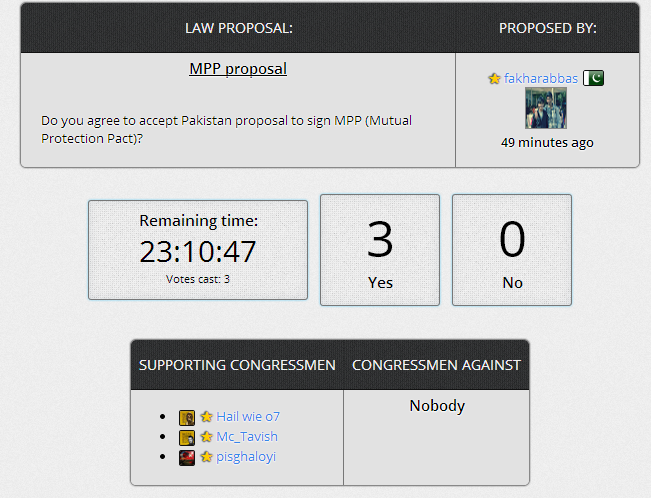 An alliance can not be signed when:

Retrieved from "https://esim.fandom.com/wiki/Alliances?oldid=4895"
Community content is available under CC-BY-SA unless otherwise noted.